IN PRODUCTION. Sofie Gråbøl and Riley Keough are added to the cast for Lars von Trier's upcoming feature film "The House That Jack Built," which already includes actors Matt Dillon og Bruno Ganz. The film will be shooting in Copenhagen in May, after initial shooting in Trollhättan.

Sofie Gråbøl and Riley Keough will be joining Matt Dillon and Bruno Ganz on the cast for Lars von Trier and Zentropa Productions' upcoming serial-killer thriller "The House That Jack Built."

Shooting will commence in March in Trollhättan, Sweden, where Trier made "Melancholia" and several of his previous films. The crew will then move on to Copenhagen in May, marking the first time since "Dancer in the Dark" (2000) that Trier is shooting an international film in Denmark.

"The House That Jack Built," set in Washington State in the US, follows the highly intelligent Jack over a span of 12 years, introducing the murders that define Jack's development as a serial killer. We experience the story from Jack's point of view, as he postulates each murder being an artwork in itself. As the inevitable police intervention is drawing nearer, he is taking greater and greater risks in his attempt to create the ultimate work of art.

Among the backers are Copenhagen Film Fund, the Danish Film Institute and DR TV. International sales are handled by TrustNordisk.

"On the occasion of the shooting of 'The House That Jack Built,' I have made an evocative photo with a cinematic reference," Lars von Trier pronounced during the Berlin Film Festival. The film is being pre-sold to a number of countries at the European Film Market in Berlin, and the photo was released on the first busy weekend of the festival. Read more in Variety.

The "cinematic reference" is Carl Theodor Dreyer's 1932 horror feature "Vampyr" with its iconic image of the Grim Reaper – although in Trier's version, death shows its face. See more about Dreyer's film at english.carlthdreyer.dk. 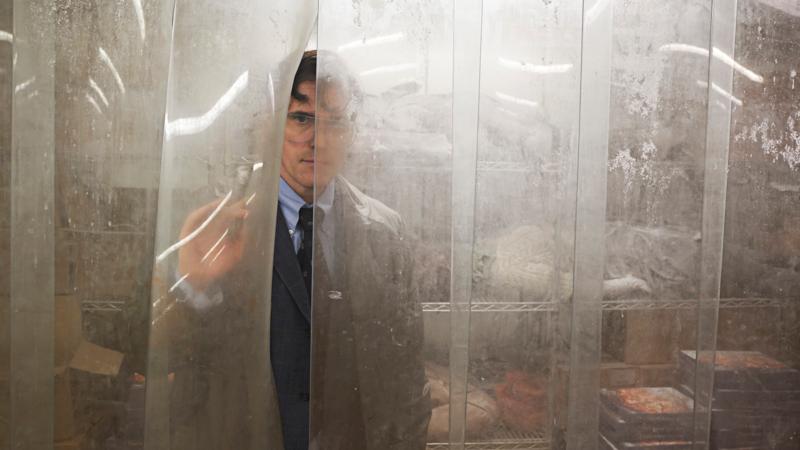