INTERVIEW. How do you adapt a popular children’s book for the big screen? With 'The Incredible Story of the Giant Pear,' animation director Philip Einstein Lipski, who co-directed with Jørgen Lerdam and Amalie Næsby Fick, strove to stick as closely as possible to the cherished source material while crafting a freewheeling and fanciful film in its own right. International premiere in Berlinale's Generation Kplus – opening film.

Jakob Martin Strid’s 2012 illustrated children’s book 'The Incredible Story of the Giant Pear' was an instant bestseller, selling 20,000 copies in Denmark alone. Before Strid had even finished illustrating his offbeat, whimsical story of Sebastian the elephant and Mitcho the cat, the book had already sold to eight countries.

So, it was with some awe that director Philip Einstein Lipski approached the prospect of adapting the book into a feature film.

"I was so intimidated that I didn’t even call Jakob Martin Strid until it was almost too late," says Lipski, who knew the book inside and out before an adaptation was even an issue.

"The film had to have the same voice as the book, which is so unique that even grownups want to join in"

"It’s a classic found on most kids’ bookshelves in Denmark. It was at my house, where I enjoyed reading it to my kids as much as they enjoyed listening to it."

The Incredible Story of the Giant Pear

You don’t get that with most children’s books, Lipski knew. When he heard there was talk of adapting it, he had no choice but to overcome his initial trepidation and contact Strid. The end result was a very close partnership between the director and the writer.

"I simply moved into his office for a year," Lipski says. "We sat back to back, working on our own things, and got to know each other’s language well. I learned what was between the lines of the book he had written. That’s when my vision turned into colour and I was able to complete my image of the film, which is as Stridian as it can get but also completely its own."

'The Incredible Story of the Giant Pear' is a collaboration between Lipski, who has a background in commercials and debuted as a director in 2011 with the animated feature 'Ronal the Barbarian,' and co-directors Jørgen Lerdam and Amalie Næsby Fick. 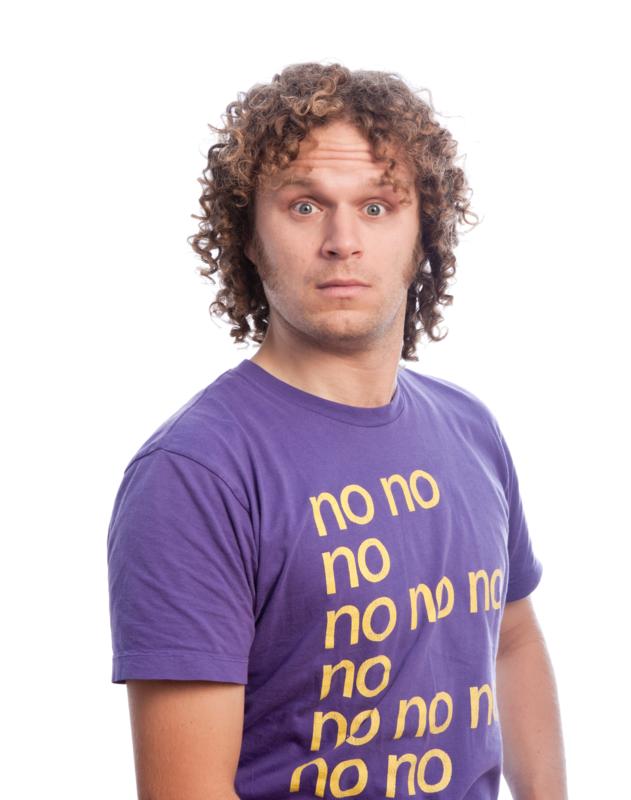 Lerdam directed his first feature, 'Hugo the Movie Star,' in 1996 and has since helmed several major Danish animated features, while Næsby Fick, a 2016 graduate of the National Film School of Denmark’s animation programme, is making her directorial debut with 'The Incredible Story of the Giant Pear.'

But to start out, Lipski and Lerdam were the sole directors. 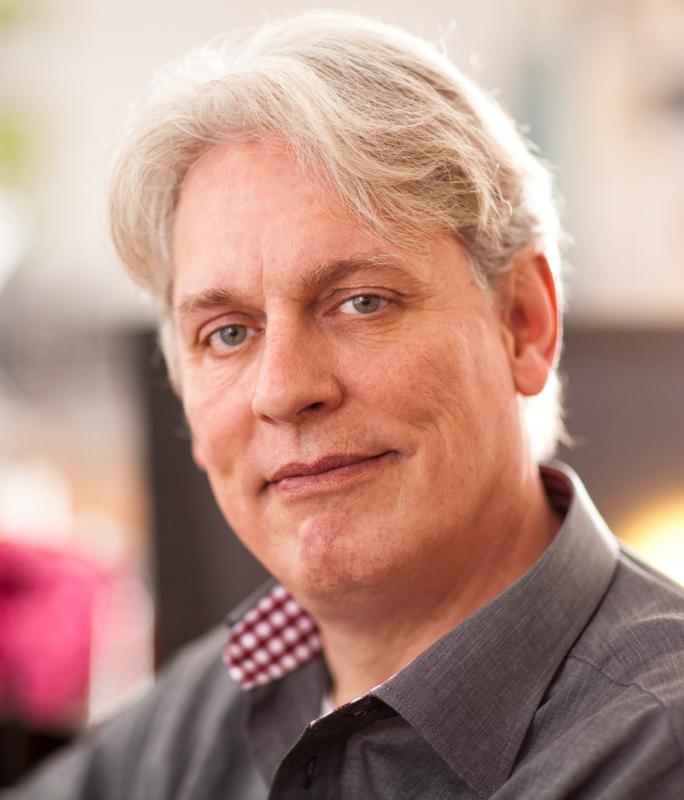 "Amalie was originally hired as Jørgen’s trainee," Lipski says. "But we had to tweak the story along the way to get it right, and Amalie and I wrote the final version of the film together. That's how she became a natural and a big part of the process of executing what we had written. With Amalie onboard, we became a true directing team."

Disguised as a Children’s Film

Lipski describes 'Pear' as an epic fable. The story is set in the friendly port of Solby, whose beloved mayor, J.B., one day vanishes. When best friends Sebastian the elephant and Mitcho the cat find a bottle with a message from J.B. inside, they set sail on a daring adventure full of scurvy pirates, mechanical sea dragons and spooky ghosts to find the mayor. Their vessel? A giant, floating pear. 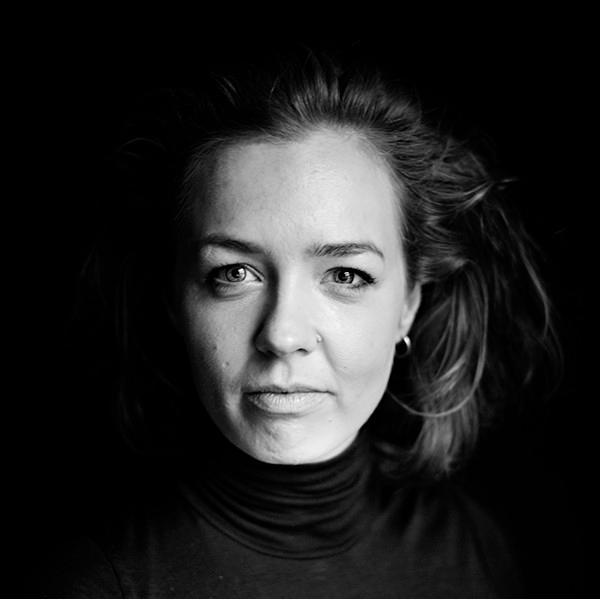 "We wanted the story to be every bit as sprightly and anarchic as the book – figuring out what the book’s strengths are and making them the film’s strengths, even though it will never be the same. And making sure the visuals echo the book’s amazing imagery," Lipski says.

The method, moreover, involved deliberately ignoring everything in the way of target groups and "receivers" to arrive at a universal story.

"The film had to have the same voice as the book, which is so unique that even grownups want to join in," Lipski says. "Also, the film shouldn’t be speaking up – or down to the youngest audiences – but just speak. From one person to another. With his book, Strid is concerned with simply telling the best possible version of the adventure, and we tried to carry that over into the film. How do you tell the story in the purest possible way without regard for the age of the audience? In that way, it’s not a children’s film, it’s just disguised as one."

As Lipski sees it, that’s one reason why the film has done so well since it opened in Denmark last fall: it’s inclusive. Roughly 227,000 Danes have seen the film at the cinema, making it the fourth most seen Danish film in 2017. As the film’s international sales agent, LevelK, reports, the film has also been sold to more than 100 countries, including France, Spain, China, Korea and Russia.

'The Incredible Story of the Giant Pear' is directed by Philip Einstein Lipski, Jørgen Lerdam and Amalie Næsby Fick. The film is produced by Thomas Heinesen and Trine Heidegaard for Nordisk Film in co-production with Einstein Film and with support from the Danish Film Institute. LevelK handles international distribution.

The film is making its international premiere at Berlin Film Festival (15-25 February) as the opening film in the children's competition, Generation Kplus. See more at berlinale.de.

An award-winning cartoonist, writer and illustrator, Jakob Martin Strid had his breakthrough in the early 2000s with the satirical comic strip 'Strid,' which ran in the Danish newspaper Politiken. He has since become one of Denmark’s most popular writers of children’s books, with titles including 'Little Frog' (2005), 'Mimbo Jimbo' (2010) and 'The Incredible Story of the Giant Pear' (2012), which have all been translated into multiple languages. See samples of Strid’s work at strid.dk.

Another reason for the film’s success, Lipski believes, is its ability to surprise. Even cinemagoers who are intimately familiar with Strid’s original story will discover something new when they sit down in front of the screen.

"I think we've managed to make something that feels both familiar and extremely surprising. From the beginning, we dreamed of making a film where you can’t figure out what’s going to happen next. Actually, this was inspired by my daughter, who said that the Japanese Miyazaki films are the most fun to rewatch, because no matter how many times you’ve watched them before, you can’t figure out what’s going to happen in the next scene. We thought that was a fine way of putting it, and we strove to make our film live up to that."

When you abandon predictability, you don’t have to be didactic, either, Lipski says.

"You avoid finger-wagging and big morals. Of course, there are a lot of little morals in this story, but we don’t have a big agenda, nothing the characters in the story need to learn. Only that the world may not be as dangerous as you think, no matter how absurd it looks"

07. feb 2018 | BERLIN 2018. Danish filmmakers are working with their peers from Sweden, Canada and the US on three international co-productions premiering at the Berlin Film Festival. Get the full picture below.

06. feb 2018 | INTERVIEW. 'Strange Meetings' is a video installation showing footage and documents from a former STD facility in South Korea, where local sex workers were forcibly isolated in the 1970s. The building embodies…

From Below Ground to the Heavenly Spheres

06. feb 2018 | BERLINALE. Jeremie Becquer's 'Vermine' wants us to reflect on the theme of discrimination, while Réka Bucsi's 'Solar Walk' journeys through the solar system. The two short films, in competition at Berlin, are…