Tribeca Film Festival, kicking off in April, has selected Mads Brügger's 'The Saint Bernard Syndicate' to take part in this year's line-up.

The director's feature fiction debut will celebrate its world premiere in the festival's International Narrative Competition, a showcase for new contemporary world cinema, and will compete as one of ten titles for Best Narrative Feature, Best Screenplay, Best Cinematography and Best Actress and Actor.

An exploration of Western ideas of China, the film is a comedy about two friends, Frederik and Rasmus, heading out on a dog business adventure. 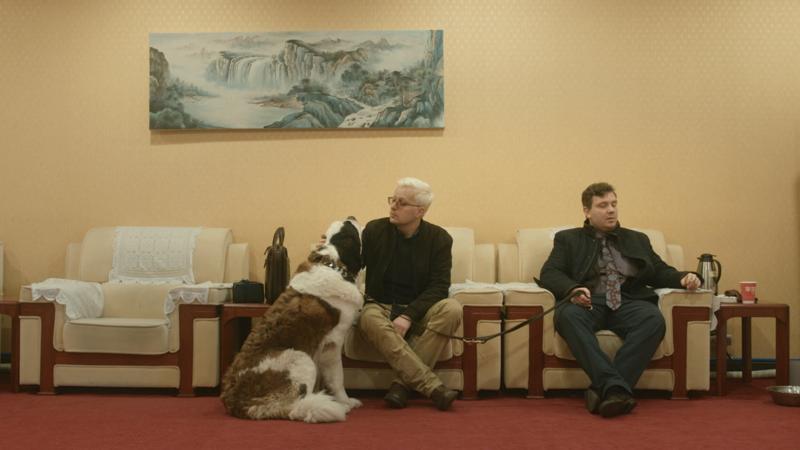 The film is a comedy about Rasmus and Frederik, two Danish men in their 30s, who head out on a business venture. They know each other from a boarding school back in Denmark and none of them have really been successful in life so far. Now they meet, 15 years later, both keen to set up a dog breeding centre.

They know each other from a boarding school back in Denmark and none of them have really been successful in life. Now they meet, 15 years later, both keen to set up a dog breeding centre. The two partners have learned that so-called luxury dogs are extremely popular among the Chinese upper class and therefore expect this to be their way into fast and overwhelming wealth in China. A 200 plus lb St. Bernard dog by the name of Dollar travels with them to Chongqing. Soon, the dog business evolves in unexpected ways, while the friendship between the two Danes grows stronger.

Frederik and Rasmus are played by Frederik Cilius and Rasmus Bruun, well-known hosts of a Danish satirical radio programme. The film is orchestrated as fiction with documentary elements, as the scripted narrative in the shooting process left room for improvisations in the two protagonists' encounter with their surroundings.

Director Mads Brügger is renowned for his distinctive methods of "performative journalism" mixing journalism, satire and staging in such documentary films as Sundance winner 'The Red Chapel' (2009) and 'The Ambassador' (2011).

The script is written by Lærke Sanderhoff, who won a Danish Robert Award in 2015 for Best Adapted Screenplay for 'The Sunfish' together with director Søren Balle.

Emilie Lebech Kaae and Jakob Kirstein Høgel have produced for Meta Film with support from the Danish Film Institute. LevelK is handling international sales. Danish release is 10 May.

A number of Danish feature films and documentaries have been honoured at Tribeca Film Festival in recent years.

In 2017, Elvira Lind won the main awards in the documentary competition for her portrait film 'Bobbi Jene' about the titular American dancer.

In 2015, festival prize winners included Camilla Nielsson, for her documentary 'Democrats,' and Jeppe Rønde, for his feature film 'Bridgend.'