ROUNDUP. Oscar entry "A War" will be making its North American premiere at the AFI Fest in Los Angeles, "Sparrows" claimed a Silver Hugo in Chicago, and Thomas Vinterberg's "The Commune" got a trailer. Read on for a few cinematic headlines from the past few weeks.

At the Chicago Film Festival's awards ceremony on 23 October, Rúnar Rúnarsson's Sparrows received the Silver Hugo in the New Directors Competition, a selection of first and second feature films making their US premieres in Chicago. The director and the team behind the Danish-Icelandic-Croatian drama took home the top award in the same category at the Warsaw Film Festival on 17 October. "For it's masterfully and poetically crafted journey of an anti-hero, up to an unforgettable humanistic ending," the Warsaw jury stated. Read interview Reality is a Grayscale

Here, there and everywhere

Land of Mine, Martin Zandvliet's drama about an untold story ensuing the end of WWII, is showing in the main competition at Tokyo Film Festival. The film is in high demand and is spanning festival audiences from, as mentioned, Tokyo to Sao Paulo (22 October through 4 November, including a big Nordic focus), Lübeck (read update), and Thessaloniki. Domestic premiere is on 3 December. Read interview The Untold Story

US premiere for Oscar candidate

A War, selected in September as Denmark's entry to run in the foreign-language Oscar race, will be making its North American premiere at AFI Fest, the American Film Institute's annual film event in Hollywood. The film is selected for World Cinema, a programme showcasing the "most acclaimed international films of the year." Director Tobias Lindholm and actor Pilou Asbæk will be present at the festival. The two Danish co-productions Rams and Mountain are also on the bill for this year's festival. Read interview Consequences of War

Anders Thomas Jensen's comedy Men & Chicken received a Special Mention at Sitges Fantastic Film Festival on 17 October. Furthermore, the film is nominated for the annual Méliès d'Or Prize, named after the great French pioneer of fantastic films and special effects, to be announced in Trieste on 6 November by the European Fantastic Film Festivals Federation, a network of 22 film festivals from 16 countries.

Joshua Oppenheimer's Danish-produced The Look of Silence is one of five nominees for the award for Best Documentary at the 25th Gotham Independent Film Awards, the first honors of the film awards season, to be presented in New York City on 30 November.

The European Film Awards announced the three nominations in the category European Animated Feature Film 2015, one of which is Tomm Moore's 2015 Oscar candidate Song of the Sea, co-produced by Danish animation studio Nørlum. Sybilla Tuxen and Thora Lorentzen's This Place We Call our Home and the Danish-Finnish Listen by Hamy Ramezan and Rungano Nyoni are among the 15 nominees in the short film category.

The final nominees in the documentary and feature film categories are still to be named. These will be announced on 7 November, with a handful of Danish titles on the official shortlists: For documentaries, Good Things Await by Phie Ambo, Democrats by Camilla Nielsson and The Look of Silence by Joshua Oppenheimer, and for feature films Anders Thomas Jensen's Men & Chicken.

Life in a Commune

Catch a first glimpse of Trine Dyrholm and Ulrich Thomsen in this brand new trailer for Zentropa Productions and Thomas Vinterberg's The Commune which will be premiering in Denmark on 14 January. The story is based on a play that Vinterberg made for Burgtheater Wien about his years growing up in a communal home in North Copenhagen. Additional cast members are Fares Fares ("The Absent One") and Lars Ranthe ("The Hunt").

Vinterberg scripted the film together with his longstanding writing partner Tobias Lindholm, who also co-wrote the script to 2014's Oscar nominee "The Hunt" and is now taking his first steps in that same race as the director of Denmark's 2015 submission "A War."

Company commander Claus Michael Pedersen and his men are stationed in an Afghan province. Meanwhile, back in Denmark, Claus' wife Maria is trying to hold everyday life together with a husband at war and three children missing their father. During a routine mission, the soldiers are caught in heavy crossfire and in order to save his men, Claus makes a decision that has grave consequences for him - and his family back home.

Niels is one of the last idealistic farmers in the agricultural country of Denmark. He makes some of the world's finest products, praised by the consumers, prized by the world's best restaurant, NOMA in Copenhagen, and nursed in harmony with the universe. But Niels' ways of farming in accordance with the planets and the primal instincts of the animals are not too popular with the authorities. 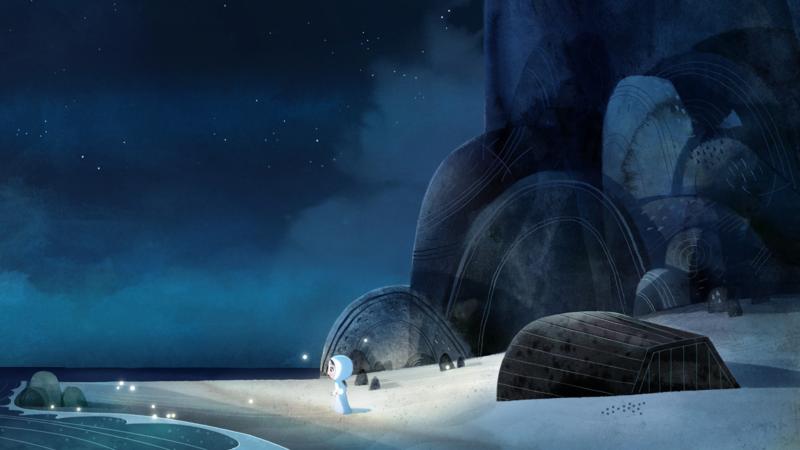 Song of the Sea

After their mother's disappearance eight-year-old Ben and his four-year-old sister Saoirse are sent to live with Granny in the city. When they resolve to return to their home by the sea, their journey becomes a race against time as they are drawn into a world Ben knows only from his mother's folktales. But this is no bedtime story: these fairy folk have been in our world far too long.