BERLIN 2014. Danica Curcic, who will appear in no less than four Danish films next year, is selected as one of ten European Shooting Stars to be presented at the Berlin Film Festival 2014.

Ten young talents are off to catch the spotlight at the Berlinale as Shooting Stars 2014. From Denmark comes 28-year-old Danica Curcic who together with her acting colleagues will get unique access to the press, public and industry during the festival in February.

Danica Curcic was born in Belgrade in 1985 and came to Denmark at the age of one. She graduated with a BA in Film and Media Studies from the University of Copenhagen and spent a year at the Dell'Arte International School of Physical Theatre in California before she enrolled at the Danish National School of Performing Arts where she graduated in 2012.

Shooting Stars is a pan-European initiative which spotlights young acting talents each year at the Berlin International Film Festival. The initiative is organized by European Film Promotion, a network of film agencies across Europe, and was launched for the first time in 1998. The talents are selected by an international jury.

DANISH SHOOTING STARS THROUGH THE YEARS

Curcic has appeared in several major theater productions at the Royal Danish Theatre. She has also played in several internationally renowned television series such as "Those Who Kill", "Wallander" and season 2 of "The Bridge".

Next year, Danica Curcic will be playing major roles in no less than four Danish films. Premiering in April is "On the Edge", director Christian E. Christiansen's sequel to "Life Hits". Later in the year, Curcic will appear in Mikkel Nørgaard's second film in Zentropa's Department Q series, "The Absent One", in Bille August's family drama "Silent Heart" and in Hella Joof's comedy "Malta – All Inclusive".

In "On the Edge", a Zentropa production telling the story about three friends in a setting of illegal car racing, alcohol and fast love, Curcic plays across Norway's Shooting Star Jakob Oftebro and Cyron Melville, who was Danish Shooting Star in 2009.

The international jury behind the selection motivates their choice of Danica Curcic with the following words:

"Danica's effortless charm lights up the screen in hit-and-run drama 'Lev Staerkt' (aka 'On the Edge'). In a film that initially seems to occupy a very male-dominated world, she quietly emerges as the story's beating heart and moral compass." 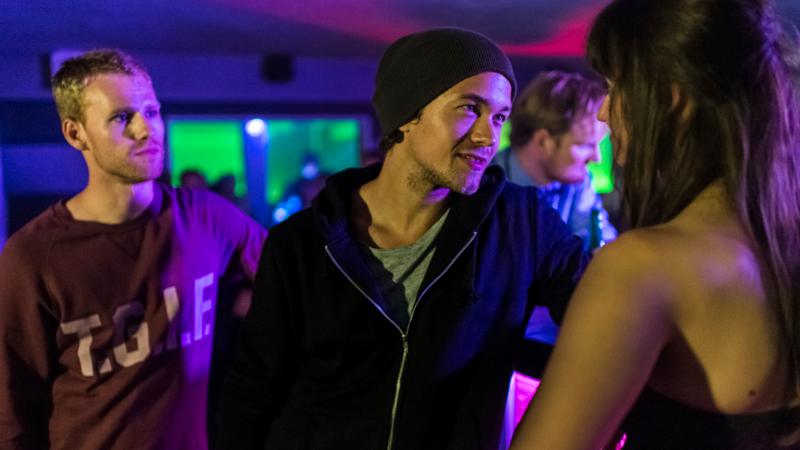 Nikolaj and Martin get their adrenalin rush driving fast cars in illegal street races. One night turns out fatal as they at top speed hit and cause the death of a young girl. Struck by panic they decide to lie about their street racing in court and deny that the accident happened because of their reckless behavior.