PROFILE. "He is a sensitive and gentle person," says Anders Refn, who has worked closely with Lars von Trier as editor and additional director on a number of films, most recently "Nymphomaniac". Refn, 69, has participated in 120 films in his career spanning nearly 50 years.

Lars von Trier is best known as a challenging maverick, an eccentric provocateur who always goes his own way stylistically. Nonetheless, one of the secrets behind his continuing ability to fascinate is his discriminating and pragmatic choice of close collaborators.

In my opinion, Lars is an incredibly skilled director of actors according to the basic principle: Just think, don't act – Anders Refn

Prime among them is Anders Refn, who has been either editor or additional director on von Trier's films since "Breaking the Waves" (1996), which he edited, and now "Nymphomaniac" (2013), on which he was von Trier's second in command during three and a half months of preparations and shooting in Germany.

"Lars needs someone to protect him against the barrage of questions and problems a director is bombarded with during a day of shooting. I can field most questions, but if it's a matter of artistic importance, I obviously confer with Lars," Refn says. The 69-year-old filmmaker thinks of von Trier a good friend, and with that comes the kind of free, joking language von Trier loves.

"He usually saves the joking tone for people he knows well. Otherwise, he is very much a sensitive and gentle person on the set, in no way a demonic director who yells or humiliates people who are weak."

"He does sometimes cut to the bone with actors, though, like when he tells someone, about their performance, 'Here you are convincing yourself. Now you have to convince me!' Or when he uses astronomical percentages to indicate how much an actor is overacting."

"In my opinion, Lars is an incredibly skilled director of actors according to the basic principle: Just think, don't act. Most actors love him and line up to work with him."

At the director's side

When Refn is von Trier's additional director, as he was on "Dancer in the Dark" (2000), "Dogville" (2003), "Melancholia" (2011) and now "Nymphomaniac", he is at the director's side on every shot, supervising their practical execution.

He is in charge of second-unit filming and steps in if the director runs into a crisis, as happened during the filming of "Nymphomaniac", which was very demanding time-wise, the equivalent of shooting two long features in 55 days.

It is a job Refn has ideal qualifications for performing. He is an experienced director of five well-received Danish features and two pioneering TV series, "Once a Cop ..." (1987) and the long-running hit "Taxi" (1997-99). In various functions, but mostly as editor and additional director, he has worked on no less than 120 films over his long career.

With Refn as his go-to guy, von Trier gets not only a master of the craft but also a confidante with artistic sensitivity. In side-by-side director's chairs they watch the monitor in the video village, evaluating the footage as it is shot.

"Lars still had serious problems with his depression during the filming of 'Antichrist,'" Refn says. “So I was called in to help out, for instance to get some of the technically difficult animal shots. Later, I edited the film."

"On 'Melancholia' the shooting was already a lot more painless, and the film actually wrapped three days ahead of schedule. I had never tried that before! On 'Nymphomaniac' I also took part in the casting, including of the untested Stacy Martin and Mia Goth." Martin plays the protagonist as a young woman, and Goth plays the girl P.

A passionate story of wild love and sexual humiliation, "Breaking the Waves", was Refn's first experience working with von Trier. He warmly recalls the editing work as groundbreaking.

"It was the first feature in Denmark that I cut digitally. I saw it as a giant leap forward offering new opportunities for free experimentation. It was almost a shock that the enormous amount of footage Lars had shot in Scotland could be edited in two months and I felt enormously stimulated by the possibilities of the new digital technology," Refn says.

"During the editing of 'Breaking the Waves' we came up with a concept we called emotional editing, where we broke all known editing rules. We did uncustomary skips, used unfocused images, had no establishing shots, cut in to scenes late or out of scenes early."

"Although I had tried similar things as a director in 'Once a Cop ...' – and Lars, too, on 'The Kingdom' (1994) – we didn't know if this way of editing, giving the film an almost documentary look, would work in the theatre and in cinemascope."

"It was all intended to bring the characters closer to the viewer. Even if some did get seasick during the screening in Cannes, a lot of people were deeply affected by the film."

"A film is rewritten for the last time in the editing process. You can make or break an actor, so it's a delicate process. It has been a great pleasure to work with Lars and many other directors, including Sally Potter, whose 'Ginger & Rosa' I edited."

"I have only directed films when the material felt urgent to me and I had something to say. Over the years, I have turned down a lot of scripts that didn't speak to me. But editing is a craft you never get tired of. In the last few years I have served as 'film doctor' on a number of Scandinavian films, providing my take on a final cut."

"In those cases, as in all editing, it's about looking at everything with fresh but critical eyes and not thinking you can learn anything from reading the script, because that phase is long over. What do the images say? How can you fix the whole structure by abbreviating or moving things around?"

Refn quickly warms up, like a young first-time filmmaker. Working on 120 films does not appear to have made him the least bit blasé.

And should he ever be looking to retire, he will still be keeping his genes in the game. He is the father of Nicolas Winding Refn, the acclaimed director of "Pusher" and, more recently, "Drive" and "Only God Forgives". 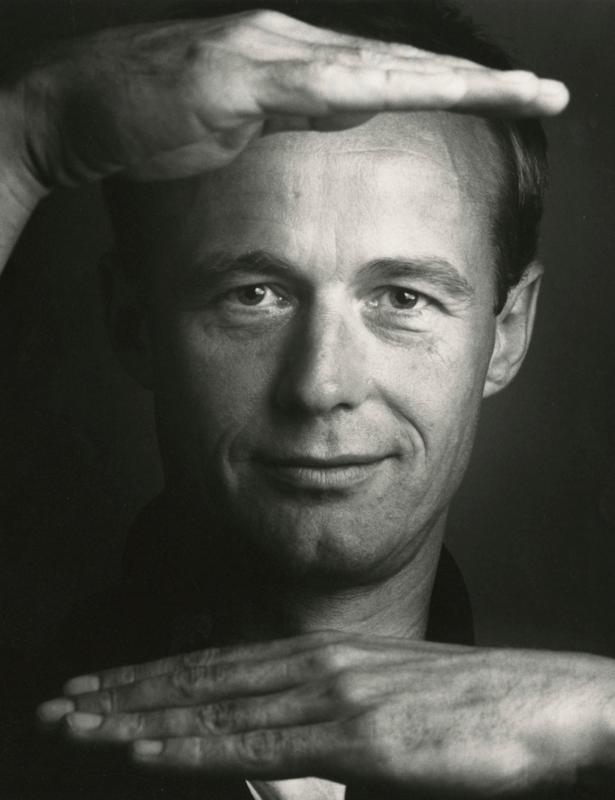