On the Road to Democracy

A unique chemistry emerged between filmmaker Camilla Nielsson and the protagonists of "Democrats", Paul Mangwana and Douglas Mwonzora, former political opponents united by their efforts to write a new constitution for Zimbabwe.

"It was such a beautiful night that I cried. They did it!" Camilla Nielsson is referring to the evening scene in "Democrats", when the Draft Constitution of Zimbabwe is being printed out in a humble printer room at the resort where the final negotiations took place. It was a very emotional moment for the film's two protagonists, Douglas Mwonzora and Paul Mangwana, and for Nielsson and her crew who had been tracking the process over three years starting in 2010. Now, a new constitution was ready to be put to a national referendum.

After tons of problems and ups and downs, an accord had finally been reached. Following the events leading up to the finished document, outside and behind closed doors, Camilla Nielsson’s film provides a unique look at a democratic process that included more than 5,800 public hearings. The idea was to bring proponents of both parties together to discuss the future organisation of the country. While the hearings didn't go by the book, they were held and scores of people travelled great distances to take part in them.

The fate of Zimbabwe has for more than three decades been linked to Robert Mugabe, its president since 1980. During the past 15 years he has been challenged by the increasingly popular opposition MDC-T party which he has met with persecution, violence and disputed elections. Mugabe's ZANU-PF finally lost its parliamentary majority in 2008, but neighbouring countries forced the two parties into a unity government.

"Democrats" delves into the ensuing years when the two parties are formally sharing power but ZANU-PF is maintaining its control and abuse of police authority and prisons. In this tense atmosphere, two hardworking politicians, one from each party, are united in their struggle to write a new constitution for a more democratic Zimbabwe.

"I arrived in Zimbabwe a month and a half before the work leading to the new constitution was set to begin," Nielsson says. "The Danish journalist Peter Tygesen had got the idea for the film and contacted Henrik Veileborg, producer at Upfront Films, who asked me if I wanted to direct it. Tygesen, who used to live in Zimbabwe, got the necessary permits and I flew down there to talk with Mugabe's chief negotiator Mangwana, of the governing party ZANU-PF, and Mwonzora, of the opposition party MDC-T.

"We talked off the record and I instantly fell in love with them both. Mwonzora was elegant and charming, in touch with the poor people. I believed in him, and in Mangwana, an emotional man – I bonded with him in 20 minutes. He was the one who could open the doors for me, giving me access to track the process. And he did. All three of us thought it was an important story to tell.

"I was met with enormous trust by the two negotiators. I told them that I was coming as an anthropologist to collect material. They were glad I didn’t come as a journalist with predictable questions about Mugabe and the dictatorship. They saw me as a neutral presence," she says.

Four years later, after 12 bouts of filming of one to three weeks and 400 hours of footage, the film is ready to be seen around the world. "I record everything," Nielsson says. "I observe."

Nielsson's background shows through. She has a master's in visual anthropology from New York University and learned documentary filmmaking at the Tisch School of the Arts. "Albert Maysles was my mentor. He inspired me so much, while my later work in UNICEF's film department taught me to work in other cultures," she says.

"Democrats" is a film that at every turn is respectful to the process and the people involved in it. It has a basic tone of optimism, even if it is torpedoed along the way by Mugabe and his people. Mwonzora is arrested at one point when it’s opportune to keep him away from the negotiating table, and Mangwana is accused of trying to instigate a coup against the dictator when a paragraph about presidential term limits is reworded.

These and other crucial moments in the negotiating process are caught on film. "The biggest problem, of course, was that we didn’t know when something important was going to happen that should be filmed. When to book tickets? What often happened was that Mwonzora or Mangwana would call me up and say,'‘Get down here, something important is going to happen.' Mangwana also got us access to parliament, even though he was the one who said, 'No white people get in there.'"

Unfolding chronologically, the film works with its two protagonists' feelings and expectations about the outcome of their efforts. "I want to be friends with my enemies," Mangwana says at one point in the film. Nielsson first thought of him as a hardcore nationalist, but he changes over time, expressing his wish that "change must come." Mwonzora, who has been jailed 25 times, is more cool. He is the one who hopes the constitutional process will lead to a new Zimbabwe.

"He referred to our relationship as reverse Stockholm syndrome. Initially, they didn’t really know how much access to give me. At the end, they thought of my camera as an important witness to the process and asked us to be present when talks on crucial issues were taking place.

"I tried to put aside all my baggage of preconceptions about Mugabe and his regime and make my film on a blank canvas. As a result they asked me inside. Viewing the ZANU people as the usual villains would only be repeating stories that have already been told."

Coming Together through Dialogue

It seems obvious to ask the filmmaker if she believed in the constitutional process from the outset. "At first, no. But I soon got the feeling that the two negotiators would be able to do something together. They built a bridge across the political polarisation. It was a Sisyphean task, but they pulled it off.

"The beautiful thing about the story is that they came together through political dialogue. An autocratic guerrilla party like ZANU-PF, which has been in power since the country gained independence from England, is not used to engaging in democratic dialogue with the opposition. But the negotiating process forced them to speak together and make compromises, creating a political culture that in itself is a huge step forward for the country. Now a democratic constitution has been produced that's better than the one before it. It just needs to be implemented."

"Democrats" documents the ups and downs of the sprawling discussion about democracy in Zimbabwe. As the film shows, a lot of the early meetings were staged by ZANU supporters, who one after the other got up and praised the idea of the president as being in charge of everything. At one meeting a young man died from injuries sustained in violent clashes.

At the end of the day, Nielsson says, the process was worth it. "Even though the constitution has not been implemented, the country has gained valuable experiences from the 'democratic bubble' that emerged with the establishment of the coalition government in 2008."

Blending In with the Wallpaper

Nielsson had never been to Zimbabwe before. She agreed to "parachute in there," as she puts it, hoping to show a different kind of Africa, despite the regime of Robert Mugabe, a "master of the situation" who has an almost Machiavellian ability to read and navigate the political game, as the director puts it.

"Once again, I learned that you've got to have love for your characters and do everything you can to give them confidence in the job you've been assigned.

"At the end, we became an integral part of the process. We were pretty conspicuous at first because Zimbabwe has no tradition of observational documentaries. But eventually we almost blended in with the wallpaper – Henrik Bohn Ipsen behind the camera and I with my boom mic," Nielsson laughs. 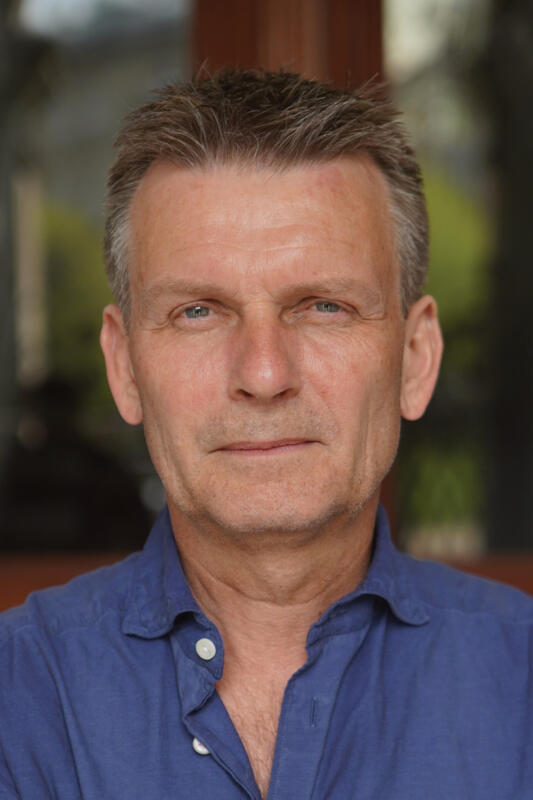