Throughout the 1920's Nordisk Film's decline continues. The company receives strong competition from another company, Palladium, which achieves success with the comedy duo Fyrtaarnet og Bivognen. It is in this period of decline that Carl Th. Dreyer debuts as director.

Throughout the 1920s Nordisk Film's decline continued, due both to difficult economic conditions and problems trying to find an artistic profile that matched the tastes of the time. 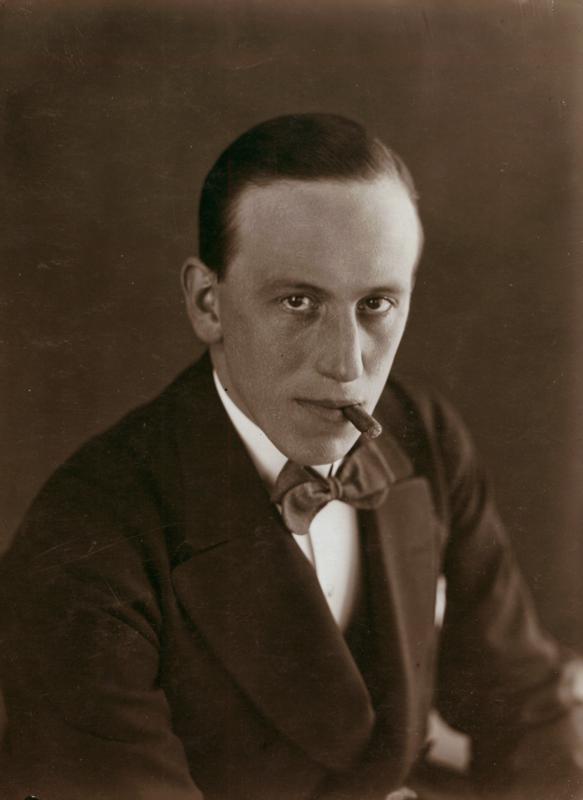 The company's new leading director was A.W. Sandberg who was behind a number of grand screen versions of Dickens' novels. – Our Mutual Friend (Vor fælles Ven, 1921), Great Expectations (Store Forventninger,1922), The Love Story of David Copperfield (David Copperfield, 1922) and Little Dorrit (Lille Dorrit,1924). A.W. Sandberg also directed Mists of the Past (Fra Piazza del Popolo, 1925), based on a colourful Danish classic novel, and the circus melodrama The Golden Clown (Klovnen, 1926, which had already been made in 1917 with Psilander), now in a handsome version with the famous Swedish star Gösta Ekman. The films were respectable pieces of work, but never found their place internationally.

It was in this period of decline, that the young Carl Th. Dreyer made his debut as director.

Carl Th. Dreyer was a young journalist when he was introduced to movies in 1912, became a title card writer and later a script consultant and editor for Nordisk Film. His directing debut, The President (Præsidenten, 1919), is a melodrama about a judge who must pass sentence on his own long-abandoned illegitimate. The ambitious Leaves from Satan's Book (Blade af Satans Bog, 1920), told in four stories, from four historical epochs about evil. His most famous Danish silent film was Master of the House (Du skal ære din Hustru, 1925), which, exceptionally, told the story of regular people in a contemporary environment. Dreyer's intense artistic ambition led him to an international career, making films in Sweden, Norway, Germany — for example Heart's Desire (Michael, 1924) based upon Herman Bang's novel Mikaël — and France, where he made his masterpiece The Passion of Joan of Arc (1928) which, in intense, soul-searching close- ups, tells the story of Jeanne's trial and martyrdom. 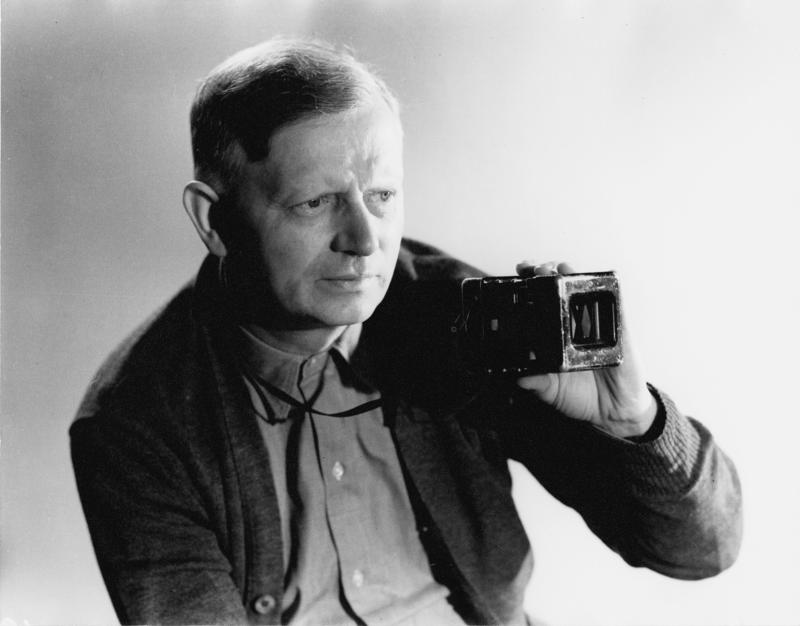 He continued with The Vampire (Vampyr,1932), a privately financed French-German talkie, which effectively mixed horror material with poetic dream-like photography. A decade of failed projects passed, during which time he went back to working as a journalist. It wasn't until the 1940s that he was able to begin directing again, first the documentary Good Mothers (Mødrehjælpen, 1942), followed by the feature film Day of Wrath (Vredens Dag, 1943), a dark and grandiose drama about the witch trials of the 1600s. Dreyer, due to his artistically uncompromising and un-commercial cinematic style, stood alone in the realm of Danish cinema. In 1952 he received a cinema license for the Dagmar theatre in Copenhagen and made The Word (Ordet,1955), based upon Kaj Munk's play about faith and resurrection, as well as his final work Gertrud (1964), based on Hjalmar Söderberg's play from the beginning of the 1900s about 'lust of the flesh and the soul's irreparable loneliness.' During the last thirty years of his life, Dreyer worked on a film about Jesus, Jesus of Nazareth. The manuscript was finished (and published in 1968), but the film was never realized.Dreyer, with his convincing psychological insights and his intentionally abstract style, retains his status as one of film history's greatest figures.

Film posters from the 1920s 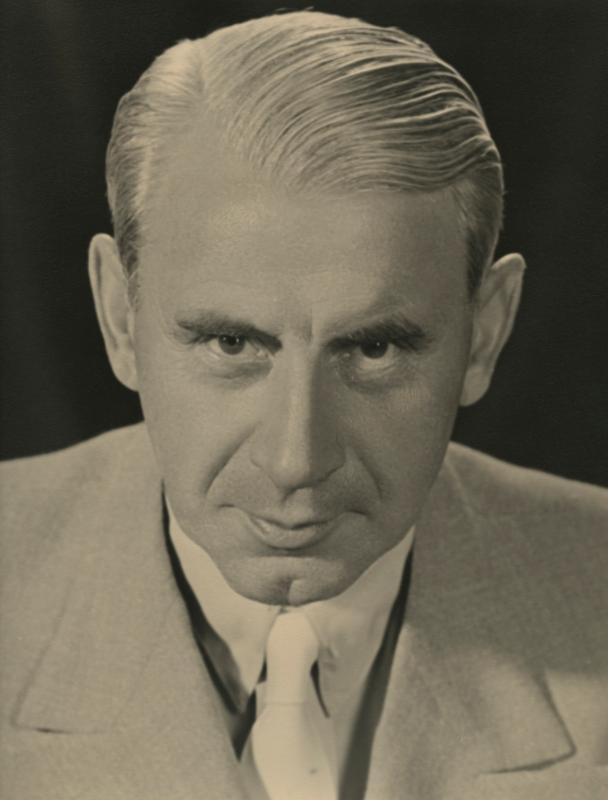 Palladium was run by Danes from 1922, and Fyrtaarnet and Bivognen was the strongest asset in 1920s Danish film, with farces such as Film, Flirt and Film (Film, Flirt og Forlovelse,1921), Sun, Summer and Students (Sol, Sommer og Studiner,1922), He, She and Hamlet (Han, hun og Hamlet,1922) and At the North Sea (Vester-Vov-Vov,1927). The comedians also achieved a large international audience and were especially well known in Germany (as Pat und Patachon), as well as in England (as Long and Short) and Eastern Europe. The duo, which continued after talkies broke through, was just once used in a more ambitious project, Lauritzen's Don Quixote (1926) based upon Cervantes' novel, filmed in Spain.

It was also during this period that Danish animated movies humbly began. Artist extraordinaire Robert Storm Petersen, well known for his funny cartoons, made a few short animated movies, among them were Gaasetyven (1920) and Peter og Ping Trylleri (1922).

From the beginning, Denmark sorted movies and movie theatres as a separate entertainment market under the Police and Justice Ministry. In 1907 movie censorship was introduced; in 1913 the state took control of the censorship. In 1922 Denmark acquired its first movie theatre law, which put steep taxation on movie tickets into effect (40%). At the same time a cinema license system was put into place. Permission to run a theatre relied upon licenses and was in essence put under government control. A cinema license was often used as a type of artistic pension. Also production companies could get access to run a theatre (a so called 'production license'). The system continued under the Film Law of 1938 until the film law of 1972.

In the silent movie era there were approximately 1600 short and feature length films and over 1000 documentary films made in Denmark, about 250 of them have been preserved. 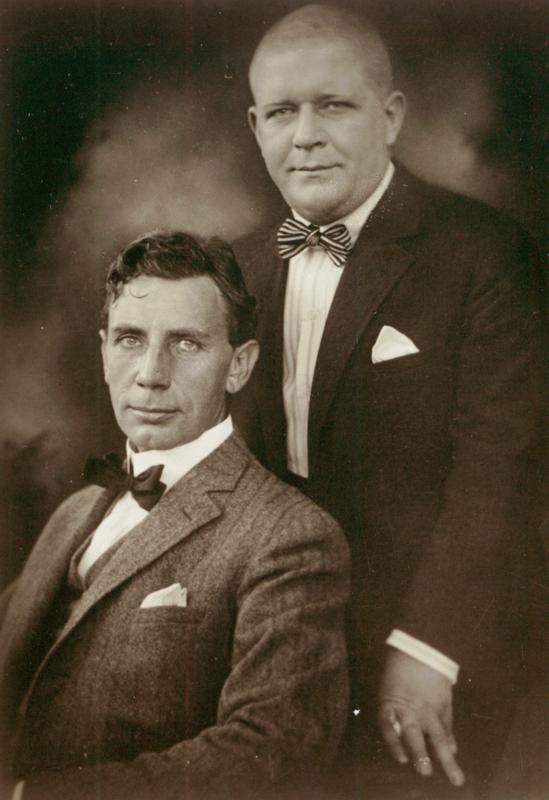 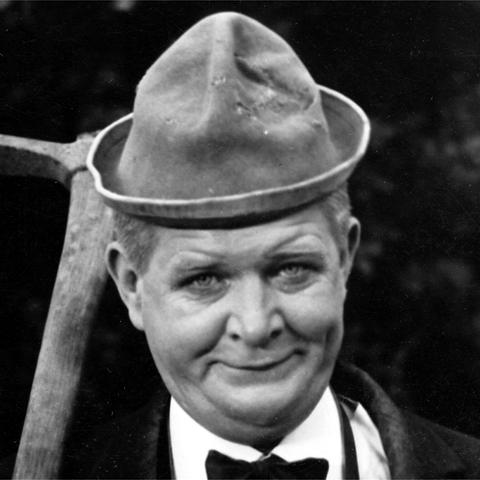 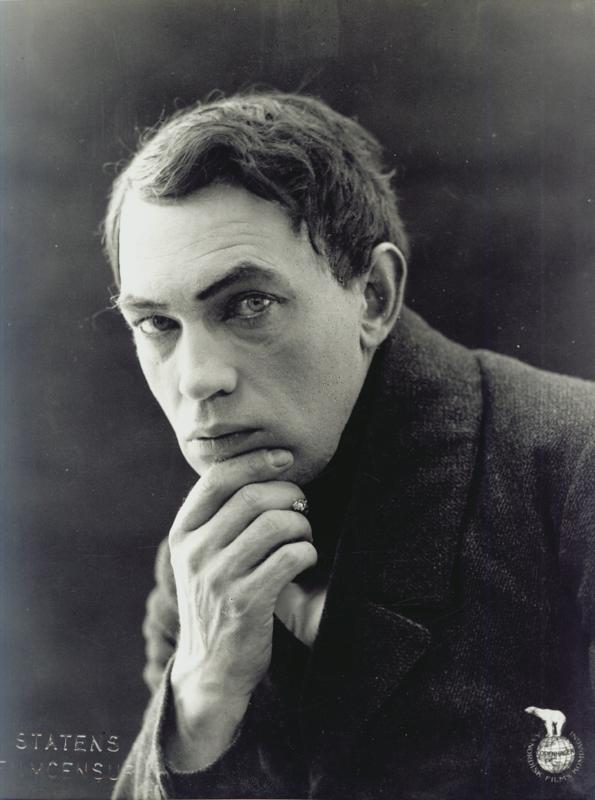 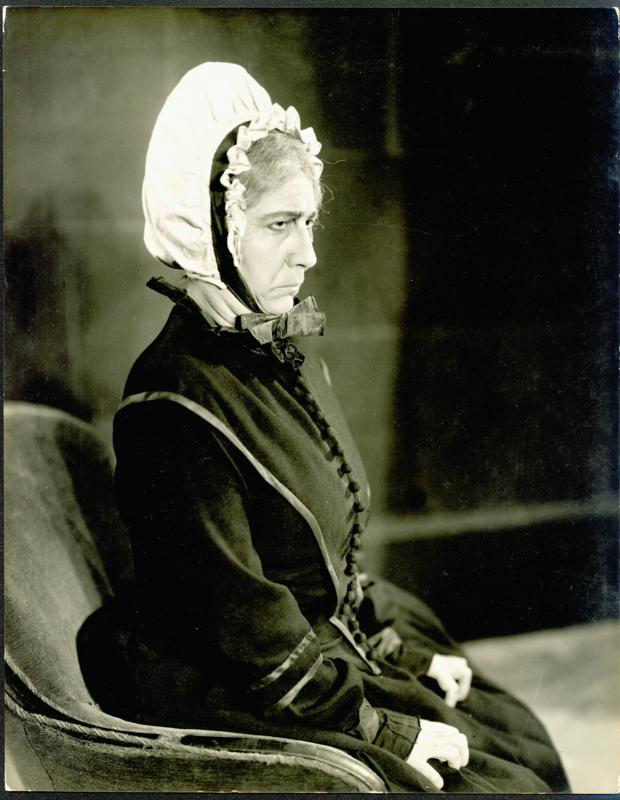 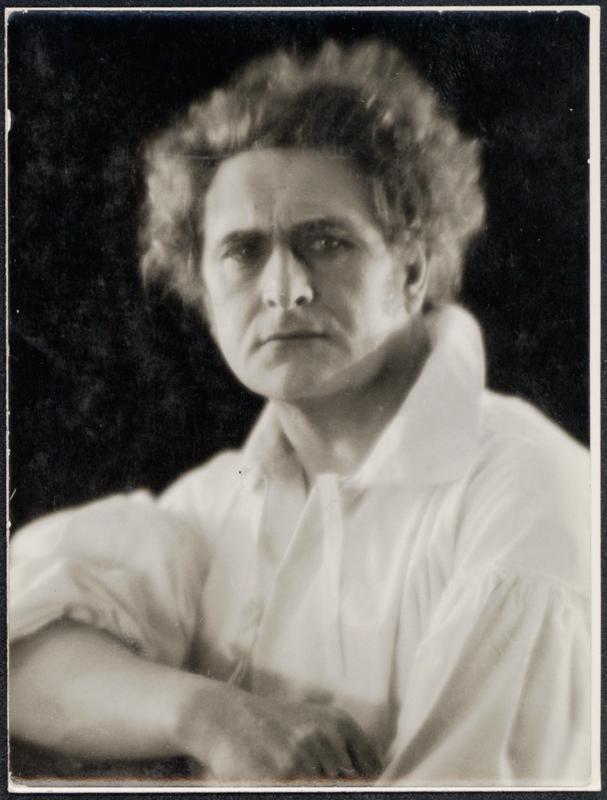 Mists of the past 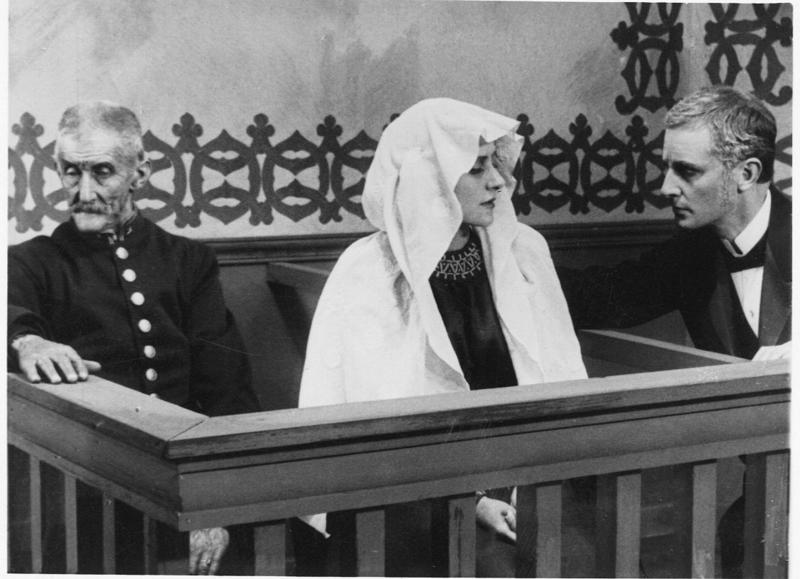 An eminent judge is brought face to face with a youthful peccadillo when he recognises as none other than his illegitimate daughter a young woman accused of murdering her illegitimate child, fruit of a similar lapse with a young squire of the manor. The girl does not deny responsibility for the child's death (though there are extenuating circumstances), and since the judge's family motto is "The majesty of justice is the most holy thing on Earth", she is duly condemned to death. After much heart-searching however - he has just been honoured with promotion and faces ruin if he interferes - the judge helps his daughter to escape after all official appeals fail.

In four episodes, we witness how Satan (Nissen), accursed by God, must walk the Earth and tempt men to do evil; he can only hope to be delivered from his curse if someone resists him, but few do.Episode 1 tells the story of the betrayal of Jesus by Judas, enticed by Satan in the guise of a pharisee.
Episode 2 takes place in 16th-century Spain; Satan is a grand inquisitor, who manipulates a young, tormented monk into comitting an ugly rape. 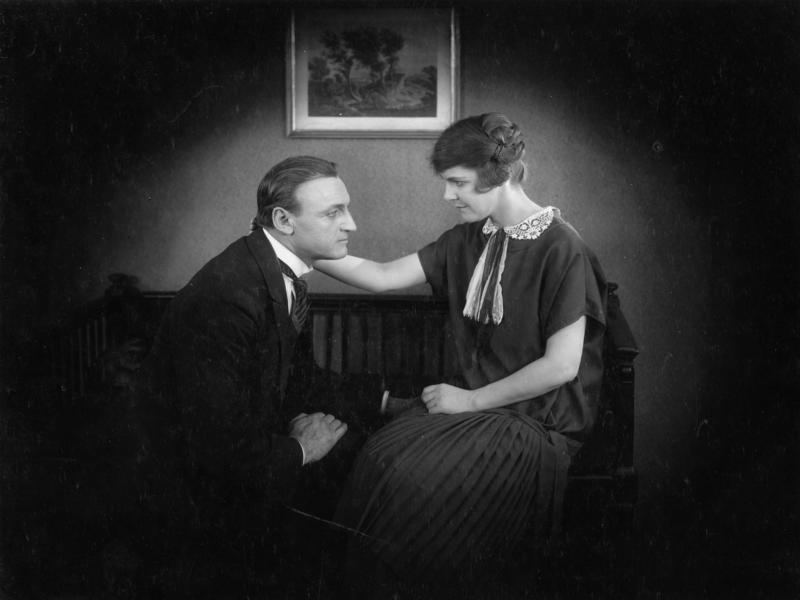 Master of the house

Ida is a perfect wife and mother, but her husband Victor finds fault with everything she does. She bears it all patiently until Victor's old nanny, Mads, unable to stand it any longer, persuades Ida to hit back by leaving him, temporarily at least. She does so, and Mads takes over in the house wich causes disturbance and uncomfortableness. 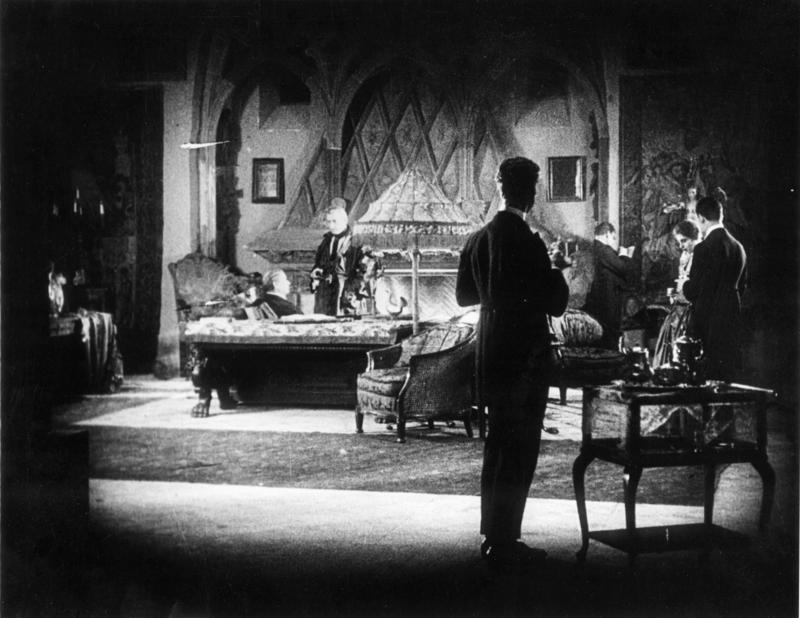 An elderly painter, Claude Zoret, adores the young pupil he has adopted first as a model and then as his son. Zoret watches helplessly as Mikaël drifts away from his exotic love into an affair with the even more exotic Princess Zamikoff. Driven to despair by the boy's unconscious cruelty, he shuts himself away as a hermit, gives up his will to live, and dies after leaving everything he owns to Mikaël. 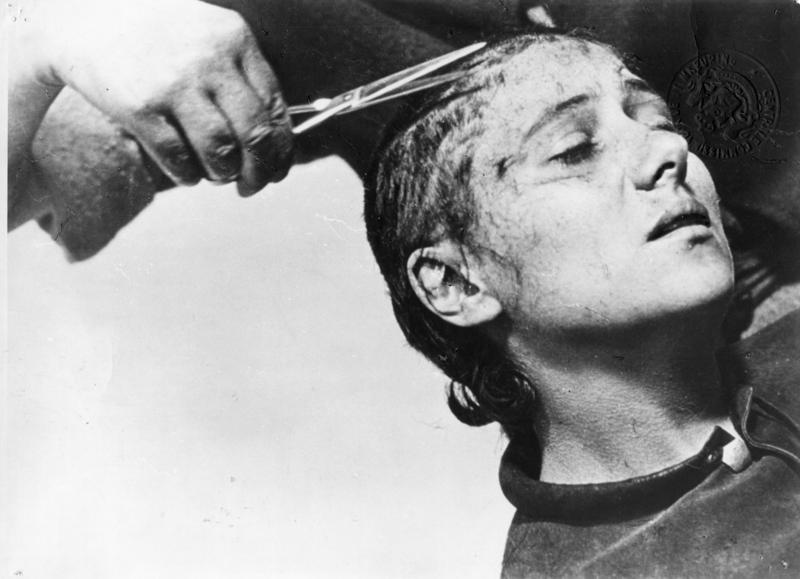 "La passion de Jeanne d'Arc" is the story of a religious saint who sacrifices her life for her faith and becomes part of a political game.
An opening picture shows the original scripts of the trial from the 14th century. The trial against Jeanne d'Arc is lead by a tribunal of monks and judicial authorities with stern and sardonic faces. 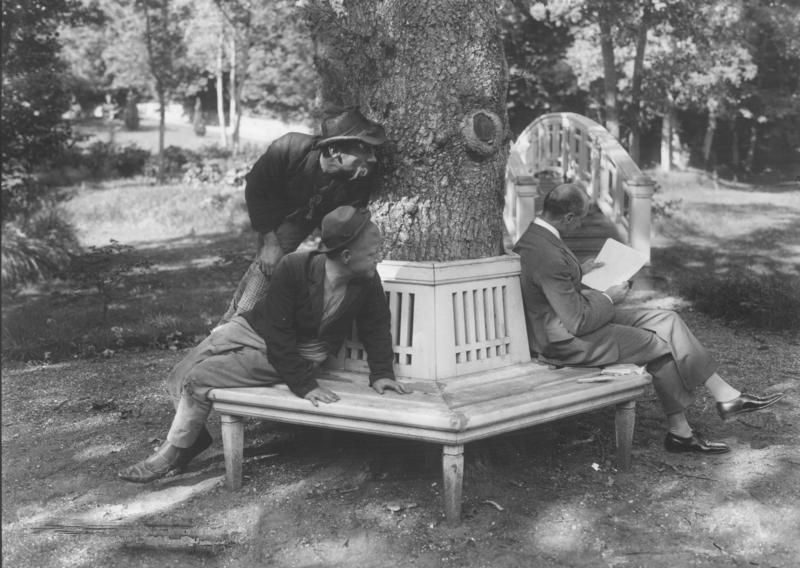 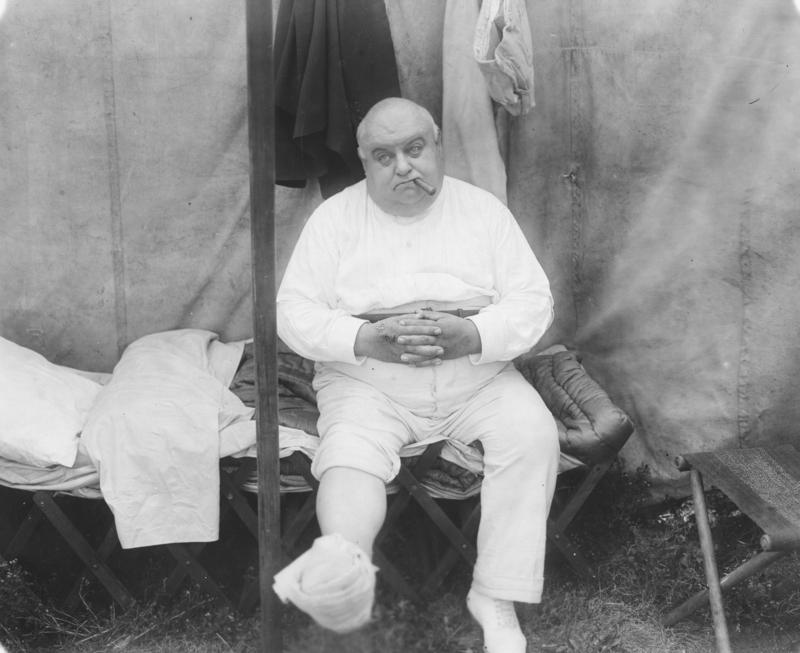 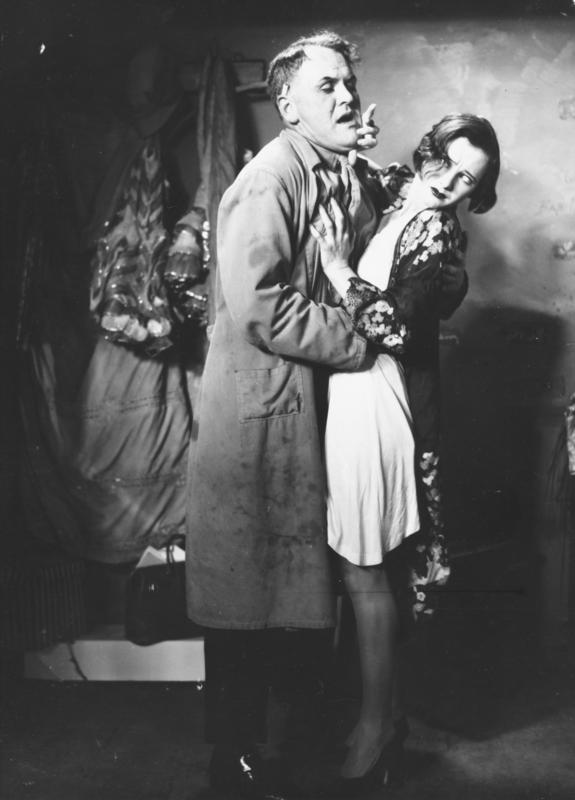 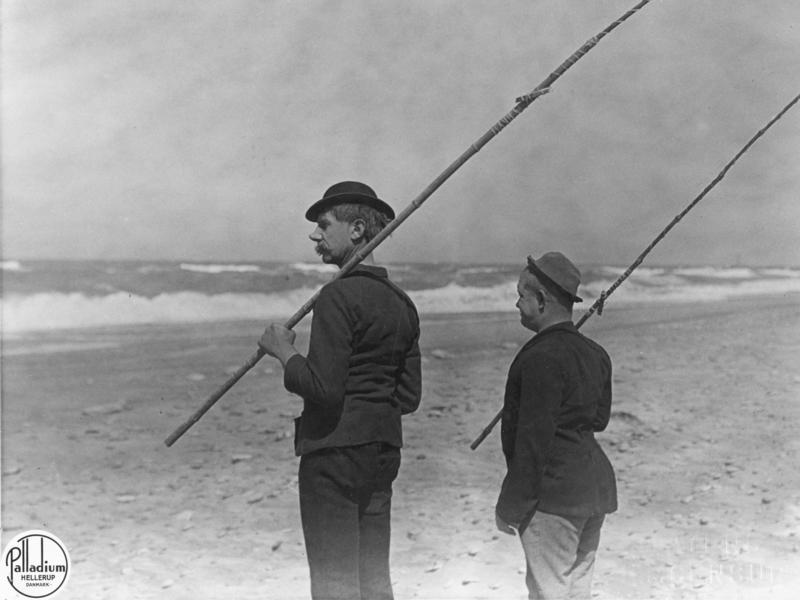 At the North Sea

On the west coast of Jutland lives old Malin (Petrine Sonne) and her adopted son Tom (Erling Schroeder), who is in love with the beach-warden's daughter Karin (Karin Nellemose), but her father is dead set against marriage. Tom allows two kind tramps, Pat and Patachon (Carl Schenstrøm and Harald Madsen) to build a hut on the beach. The two go fishing, but lose their boat when they hook a whale.